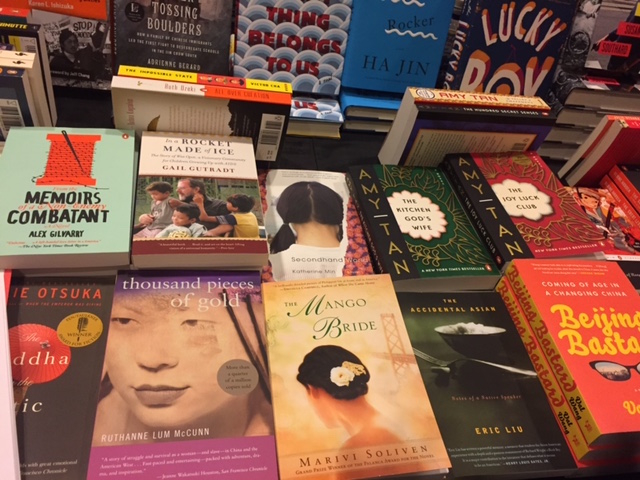 A professor friend snapped this photo at the AAAS conference

I have no idea how The Mango Bride made it into the display of  books by  Asian American authors set out at the AAAS conference in Portland last April 15.

It’s unlikely my publisher Penguin lobbied for its inclusion, for my book was released four years ago and all the bells and whistles I threw into the ensuing 18-month DIY book tour have long since faded away.  Thus I can only assume some blessed bookseller  read the novel or at least liked its cover enough to bring it along.

When  a friend attending the conference sent my husband the photo above I gleefully posted it on Facebook. Another professor attending the event mentioned she’d seen the book and was thinking about purchasing it.  By the time she returned to the table, all copies had sold out.

I stopped believing in the Tooth Fairy long before my last baby molar fell out. But I’ll always believe in the Book Fairy who brought my story to the AAAS ball.